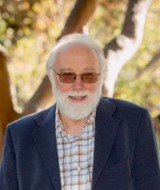 Alun Beddoe (“Alun”) who passed away on 21st October 2022 at the age of 77 years was a renowned medical physicist best known internationally as the Editor-in-Chief of Physics in Medicine & Biology from 2000-2005. He was also Editor of New Zealand Medical Physics and Bio-medical Engineering, published by New Zealand Medical Physics and Bio-medical Engineering Association (1978 – 1980); Editor of the journal Australasian Physical and Engineering Sciences in Medicine (1989 – 1995).

He was an IUPESM Administrative Council Member, 2006 – 2009, served on several IUPESM committees and was a Fellow of IUPESM. Additionally, he was Fellow of large number of organizations like FInstP, FACPSEM and FIPEM.

He worked for many years in each of the three countries England, New Zealand and Australia with dominant time in England. He was Honorary Professor of Radiological Physics, School of Physics and Astronomy, University of Birmingham, United Kingdom.

In Australia, he was Chief Physicist at the Department of Medical Physics, Royal Adelaide Hospital (RAH). He taught large parts of the University of Adelaide’s MSc course, and nurtured a thriving research program. Alun imported some excellent quality research students from all parts of Australia, New Zealand and beyond to work with him. His PhD students have been high international achievers working in leading medical physics appointments. The RAH staff and students all had a very high respect for Alun.

His initial research was in skeletal dosimetry with impetus of the dosimetry on an individual patient basis that is relevant to both Nuclear Medicine and radiotherapy for administered bone-seeking radionuclides. For his outstanding achievements in research and other aspects of his professional work, the University of Leeds granted Alun a Doctor of Science degree in 1999. The dissertation was entitled Bone morphology and bone dosimetry, in vivo neutron activation analysis and body composition, and other topics.

It’s impossible to mention in any reasonable detail a full coverage of Alun’s teaching, publishing and professional activities.

Readers may wish to visit the webpage for further information

May he rest in peace.