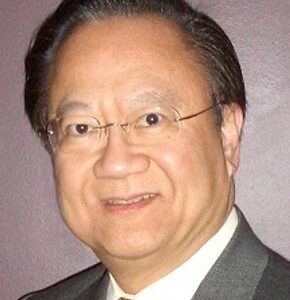 Raymond K. Wu, Ph.D., DABR, DABMP, FACMP, FAAPM, FIOMP earned his PhD degree in Physics from Dartmouth College in USA in 1974. He completed his postdoctoral training in the Department of Radiation Therapy and Nuclear Medicine at Thomas Jefferson University Hospital in Philadelphia. He worked as a clinical medical physicist with teaching responsibilities in Temple University Medical School in Philadelphia holding a joint appointment as Associate Professor in the Radiotherapy Department and the Nuclear Medicine Department. Since 1985, he held the position of Professor of Radiation Oncology at the Eastern Virginia Medical School in Norfolk Virginia and served as the chief physicist in the Radiation Oncology department of its affiliated hospitals until 2002. From 2002 to 2008 he was Chief of Physics in the Radiation Oncology Department of the OhioHealth Medical System in Columbus Ohio. From 2008 to 2015 he was the Chief of Physics in the Department of Radiation Oncology & CyberKnife of the University of Arizona Cancer Center, and was also the Chief of Physics of the Gamma Knife section of the Barrow Neurological Institute, both in Phoenix, Arizona. Dr Wu is serving as the Chief Executive Officer of the International Medical Physics Certification Board (IMPCB) since 2014. Dr. Wu has been active in promoting the quality of medical physics in developing countries. He served as the Chair of the AAPM International Affairs Committee from 2006 to 2012, IOMP Professional Relations Committee from 2009 to 2014. In 2013 he was named a Fellow of the IOMP in Brighton, UK.