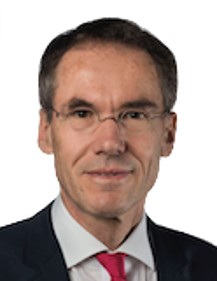 Olaf Doessel is Professor at the Institute of Biomedical Engineering at Karlsruhe Institute of Technology (KIT) since 1996. Before he was head of a research department at Philips Research Laboratories in Hamburg. He has or had several honorary posts, among them: member of the management board of the German Association of Biomedical Engineering (DGBMT) and the German Association for Electrical, Electronic & Information Technologies (VDE), Dean of the department of Electrical Engineering and Information Technology at KIT. He is member of several academic societies, among them: the Academy of Science of Berlin-Brandenburg (BBAW), the German Academy of Technical Sciences (acatech), the North Rhine-Westphalian Academy of Sciences, Humanities and the Arts. He is member of the advisory board of the Physikalisch Technische Bundesanstalt (the German Metrology Institute). He is Fellow of the International Academy for Medical and Biological Engineering (IAMBE) and Fellow of the European Alliance of Medical and Biological Engineering and Science (EAMBES). In 2009 he was together with Wolfgang Schlegel President of the World Congress on Medical Physics and Biomedical Engineering in Munich and in 2019 he was Program Chair of the IEEE Engineering in Medicine and Biology Conference (EMBC) in Berlin, both with more than 3000 participants. He is Editor in Chief of the Journal Biomedical Engineering / Biomedizinische Technik. He is member of the board of Computing in Cardiology CinC. His main interests are bioelectric signals, computer modeling of the heart, the inverse problem of Electrocardiography, ECG biosignal processing, and new methods of medical imaging.